Not much is known about his early life except that Kevin Serge Durand was born on 14 January 1974 to Reina and Serge Durand, in Thunder Bay, Ontario; and is of French-Canadian descent. It is yet unknown if he has any siblings. He attended the St. Ignatius High School in Thunder Bay, where he could be seen rapping. 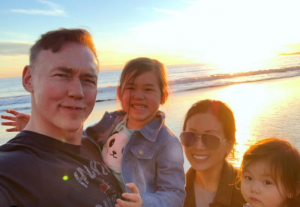 Kevin Durand began his acting career in 1994,  before which he worked as a standup comedian. He was also widely acknowledged as one of “Canada’s Funniest New Comedians.”

Durand got his first big movie role as ‘Tree’ Lane in the sports comedy Mystery, Alaska (1999). After that, he made guest appearances on TV shows like CSI Miami and Without a Trace; starred in series regulars like The Strain and Vikings; and starred in films such as Scooby-Doo 2: Monsters Unleashed (2004), Winged Creatures (2008), The Mortal Instruments: City of Bones (2013), and many more were to follow. Durand is well-known for his well-played roles as Fred Dukes in X-Men Origins: Wolverine (2009); as Mogardorian Commander in I am Number Four (2011); as Gabriel in Legion (2010); as Harbard/The Wanderer in Vikings; and as Little John in Robin Hood (2010); to name a few.

Due to his muscular physique, distinctive facial features, and debonair voice, Kevin Durand often opts for roles of a brute, a law enforcement officer, or a gangster.

Kevin Durand was the receiver of the 2012 Best Supporting Actor Genie nomination for his enactment of Lenny Jackson in Citizen Gangster.

Kevin Durand starred as Harbard the Wanderer Vikings (2015), a historical drama television series which was created and written Michael Hirst, for the History channel. It was filmed in Ireland and premiere premiered in Canada on March 3, 2013. 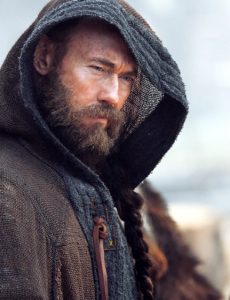 The plot of Vikings– The story follows a farmer, Ragnar Lothbrok, who becomes famous for exploring and executing successful raids on the shores across the ocean. Ultimately, with the endless support and love of his friends and family, he gets crowned the Scandinavian King.

The Canadian actor landed the role of Vasiliy Fet, in the American horror drama series, The Strain (2014-2017), created by Guillermo del Toro and Chuck Hogan, based on their novel trilogy that shares the same name.

Vasiliy Fet is the main character as well as the tritagonist of the series; and a once-solitary rat exterminator who participates in the war waging against the vampires.

“I was in Lost,” he recalls, “which was like boarding the Enterprise: it was this ginormous thing that was already there, and when I joined, it was only supposed to be for an episode. They liked me and I liked them, so we kept playing together for a while, but I always felt like a guest. With this series, it’s really exciting to be there from the ground floor and feel the vibrations of the show slowly spreading. The Strain is becoming a global thing, so it’s cool to have been there from the beginning and see how it evolves.”

Kevin Durand’s primary source of income is acting, but he does have other secondary sources of income as well, which, over the years, have helped him earn quite a good fortune.

Kevin Durand is a resident of Thunder Bay, Ontario, Canada, residing in a marvelous apartment that is worth around $1.5 million. Though rich, Durand prefers a modest lifestyle.

Kevin Durand is a famous Canadian actor who is well-known for enacting the roles of Vasiliy Fet in The Strain; Joshua in Dark Angel; Martin Keamy in Lost; Fred J. Dukes / The Blob in X-Men Origins: Wolverine; Barry Burton in Resident Evil: Retribution; Gabriel in Legion; Little John in Robin Hood; Jeeves Tremor in Smokin’ Aces as well as Carlos in The Butterfly Effect.

Kevin Durand is of French-Canadian descent.

Yes, Kevin Durand is married to Sandra Cho since 2010.

Kevin Durand’s net worth is $4 Million.

Kevin Durand plays a cameo in Game of Thrones.

Kevin Durand is a resident of Thunder Bay, Ontario, Canada

Kevin Durand’s net worth is $4 Million and he is widely known for his great enactment of roles such as Vasiliy Fet in The Strain; Joshua in Dark Angel; Martin Keamy in Lost; Fred J. Dukes / The Blob in X-Men Origins: Wolverine; to name a few and before commencing his journey in the world of acting, he was a well-reputed comedian. Durand got married to Sandra Cho in 2010 and was blessed with two beautiful daughters, Amélie Moon and Winter Fox.

So this is all about the lifestyle, assets, early life, personal life and career of the Canadian actor Kevin Durand. Not much about him is known as Durand prefers to live a modest lifestyle though he has his fair share of riches.

More From: Net Worth